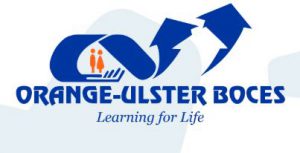 Congratulations to high school students Travis Lysyczyn, Joseph Cloidt  and Charles Mason — who are also O-U BOCES Career and Technical Education (CTE) students —for their recent success in the first round of the CyberPatriot Competition.

The competition is a cyber-education program conceived by the Air Force Association to inspire high school and middle school students toward careers in cybersecurity or other science, technology, engineering, and mathematics (STEM)  disciplines.

Travis and Joe were members of Team A, earning a score of 279 out of 330 points, which placed it in the top 21 percent in the country.

Charles was a member of Team C, which scored 265.43 points, placing it in the top 27 percent in the nation.

CyberPatriot’s National Youth Cyber Defense Competition challenges teams of students to find and fix cybersecurity vulnerabilities in virtual operating systems. Using a proprietary competition system, teams are scored on how secure they make the system. Top teams advance through the online round of competition, and the best of the best advance to the in-person National Finals Competition.

“All teams did an excellent job, especially considering that they had to deal with unique problems this year,” Mr. McMann said. “Various members had to quarantine both during practice and during the competition. Some students did not have optimal equipment at home and had to deal with the difficulties of working together from remote locations.”