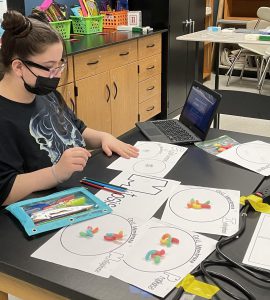 Yes, there is a connection between science, sourness and the creativity of Minisink Valley’s faculty!

In this instance it was Kristine Ostensen’s seventh-grade life science students, who recently completed a culminating candy chromosome project on mitosis using sour gummy worms to demonstrate their understanding of the cell cycle. 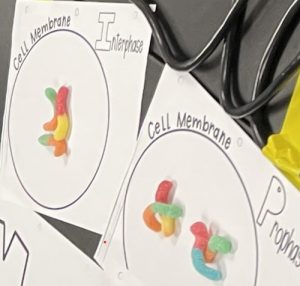 the cell cycle, which is responsible for growth in the body.”

Mitosis is the simple duplication of a cell and all of its parts. It duplicates its DNA and the two new cells (daughter cells) have the same pieces and genetic code/information Two identical copies come from one original.

There are five phases of mitosis, based on the physical state of the chromosomes and spindle: Prophase, prometaphase, metaphase, anaphase, 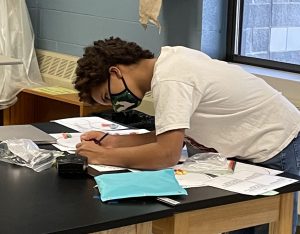 To demonstrate these phases, students used gummy worms to represent one chromatid, which is one of two identical halves of a replicated chromosome, in their gummy genetics lab work looking at chromosomes.

“It was fun and creative,” said Liam Curley. “I liked how it was different than 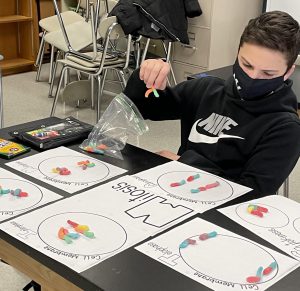 zother experiments we have done.”

Afterward, they even had the opportunity to eat their lab work.

“The gummy worms were so sour, added Viola Garcia “and the lab was fun.”