Board of Education President Joseph Flaherty and Assistant Superintendent for Curriculum and Instruction Christian Ranaudo have been named recipients of the Mid-Hudson School Study Council’s 2020 Awards for Excellence. 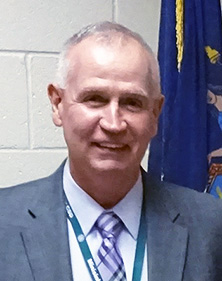 Mr. Flaherty is a recipient of the Council’s Award for Excellence in School Board Service.

He has been serving on the Minisink Valley School District’s Board of Education Since 2010.

“His natural leadership ability, honed over many years serving as a New York City Police Sergeant, afforded him the opportunity to be elected to Board President only two years into his service,” Superintendent Brian Monahan wrote in his nomination letter. 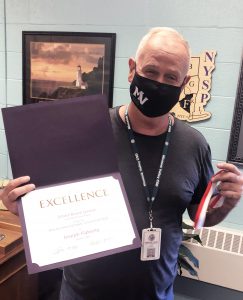 “Joe has also helped to steer Minisink Valley through some of the more challenging times the district has faced since its inception,” wrote Mr. Monahan. “Joseph Flaherty is a true leader who champions the concept of teamwork.”

Mr. Ranaudo is a recipient of the Council’s Award for Excellence in Administration.

He has served as the assistant superintendent for curriculum and instruction for the past 10 years, and his leadership are known throughout the region. Prior to that time, he was an assistant principal and teacher in the district.

“His knowledge, commitment to excellence and his vision has helped move 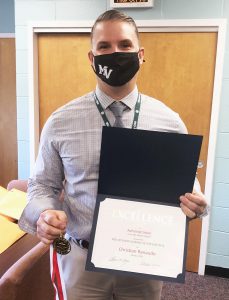 Minisink Valley into the 21st Century of learning, wrote Mr. Monahan in his nomination letter. “These skills have proven to be an incredible resource, especially with what schools across the state are facing with the COVID-19 crisis.  Schools districts have had to change how to educate children overnight and Christian has been integral in the adaptation of education for our district, ensuring we maximize every student’s opportunity for academic success and achievement.”

In the past, a celebratory dinner was held to honor winners from the award categories of support staff, administration, school board service, and pupil personnel services. Due to current pandemic restrictions the Council was unable to hold an in-person event this year, and Mr. Flaherty’s and Mr. Ranuado’s medals and certificates were presented to them on Oct. 15.