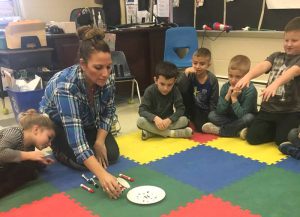 “We made dry-erase markers ‘magically’ float!” Mrs. Lee said. Scientifically speaking, they were observing buoyancy and density in action.

This may be their first year of science class, but these first graders are already versed in the scientific process. Or, as Alleah Lee put it best, “Sometimes you have to try things, again and again, to see if it works.”

And that they did! Through experimentation, they watched how water can displace objects and how their density relative to water causes them to sink or float. 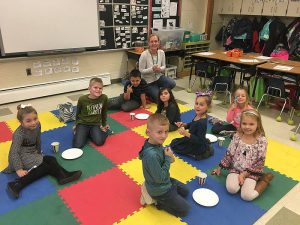 Throughout the lesson, students also applied their knowledge of shapes, practiced reading and writing skills, and made connections with previous science lessons.