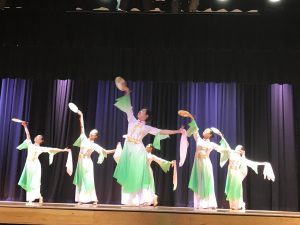 Minisink Valley Middle School’s cultural awareness initiatives were exemplified with a beautiful performance by the Northern Academy of the Arts to sixth-grade students on Dec. 18.

The show followed visits by student teacher Yiyi Chou to sixth-grade social studies classes over the past weeks where she further increased awareness of the Chinese culture to students. 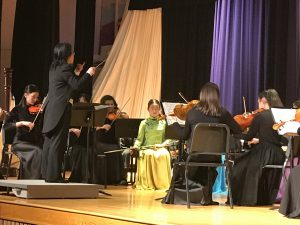 “We’re grateful to Ms. Chou for her engaging ways with our students and to the Northern Academy of Arts for the magnificent show they gave to our students and faculty,” said Principal Michael Larsen, who also complimented teacher Joanna Browning for her involvement with Chinese cultural awareness.  “This performance equaled or exceeded a Broadway show performance, and it was a wonderful, teachable moment about cultural awareness and acceptance. This is an important component of our ongoing character education program.” 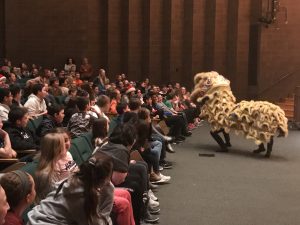 Some students had a chance to be on stage with the performers. Here’s some of their thoughts:

“When the man on the drums was playing and the lion was dancing, it wasn’t like I was just watching it, it was like I was a part of the show. I felt like I was IN it!”

“It was the best thing I’ve ever seen!” 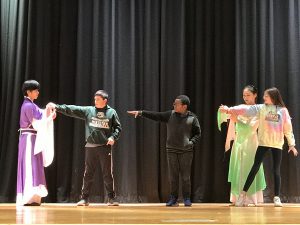 “It was so cool how they jumped off the stage in the lion costume- that was my favorite part.”

“That show was so good! It was awesome how they looked like they were floating in the air!”

“The violins sounded so good!”

“That music sounded like it was on the radio!”