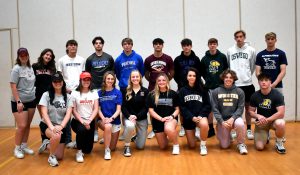 Congratulations to these Minisink Valley seniors on the recent signing of their Division III NCAA National Letters of Intent: 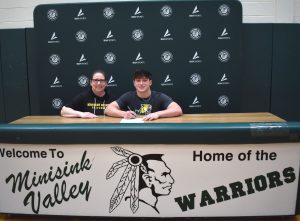 Mikey came to Minisink Valley as a junior and  had a huge impact on and off the mat. After placing fifth in New York State as a sophomore at Columbia High School, Mikey was a runner up in the unofficial New York State tournament and finished second as a senior. During the season, Mikey went undefeated in dual meets and was one of the leaders of the team in pins. After the season, Mikey continued to wrestle in the Greco Roman circuit and has won a spot on the USA Pan American Team that will wrestle in Mexico and is a finalist for the USA World Team Trials on June 3.  Mikey may very likely be on both the Pan Am  and USA World teams that will wrestle in Bulgaria this summer. 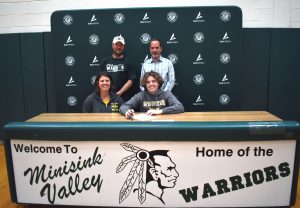 Owen has been a three-year varsity player and  was named team captain for the 2022 season. He is a Large School First Team All-Section Defensive Midfielder for 2022.  Owen has volunteered with the Minisink Valley Youth Lacrosse Program over the last two seasons. 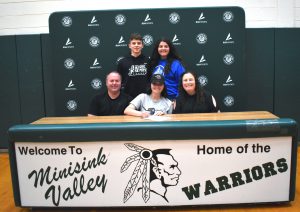 Sophia is a  four-year varsity attack player. She has tallied more than 50 career goals and numerous assists. Her field vision and approach helped the coaches with their offensive strategy on the field during play. 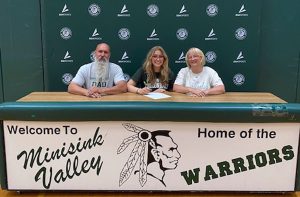 Jenna is a two-year varsity athlete, and  was awarded the team’s Most Improved Player award this year in recognition of the hard work and determination that she displayed this season in her role as middle attacker and middle blocker. 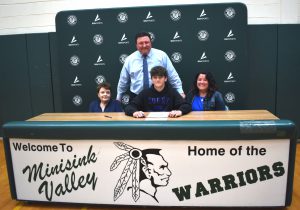 Brendan is a tremendous goalkeeper who will go down as one the best in the history of Minisink Valley’s boys soccer program. He was a first team Section IX Class A All-Star this year and is well respected by both opposing players and coaches. 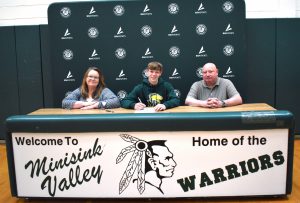 Ryan has made appearances in three different varsity seasons.  He has five career goals and two career assists.

Clayton has been “Mr. Automatic” over the past three years, where he’s made  95% of his extra point attempts and is now in the Top 10 in Minisink Valley football scoring. Clayton has also been a weapon as a punter and was able to change field position in crucial times as well as putting the ball inside the 10-yard line or in the end zone on a regular basis. He is also a First Team All-State kicker. 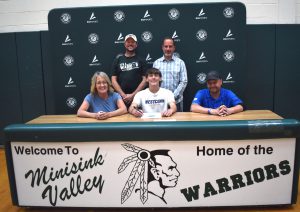 Brady has been a two-year varsity player and was named team captain for the 2022 season.

Kaitlyn is team captain. She is the 2021 recipient of the Section IX Varsity Soccer Coaches Anthony Martelli Award for Service  and is always willing to step up and volunteer to serve her community.

Keith has been a two-year varsity lacrosse player and has helped the team reach the Section IX Semi-Finals in 2021 and 2022. 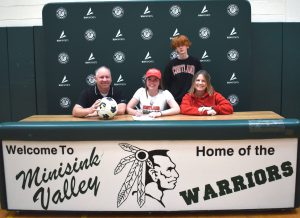 Keara is team captain and a member of the  All-State Team, All-Section Team and Class A All-Star Team. She’s a four-year varsity player and recipient of the Workhorse Award in her sophomore year. She led the team in goals in her junior year and is a three-time Section IX champion. 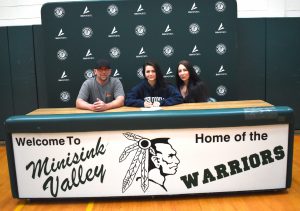 Noelle is a three- year varsity defensive starter and two-year team captain. She has an excellent stick for scooping up the ground balls and creating turnovers. Her leadership on and off the field will be missed. 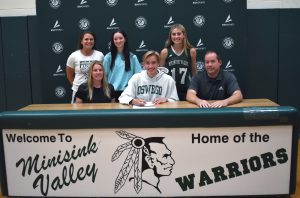 During Ryan’s time at Minisink Valley, he’s qualified for the Section meet on multiple occasions, including placing in the Top 9 in both of his events this past season. Ryan also served as a team captain this season. He was particularly helpful in leading all of the younger athletes on the team and making sure they doing what was necessary.  His leadership and undeniable skill in and out of the pool proved to be a real asset to the team this year. 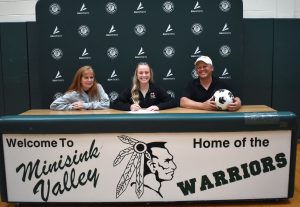 Jacqueline is senior team captain, and a member of the  All-State and All- Section teams. She’s a multisport athlete, and three-time Section IX winner. 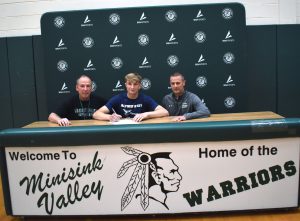 George has been a lifetime Warrior wrestler and is one of the best teammates the team has had. George has been a varsity wrestler for three years and has wrestled at whatever weight the team needed him to.  He’s known as”3/4 George” by his team.  That’s because of  his match ending move called “The 3/4 Nelson,”  named after a pinner. George came up with huge pins in the semifinals of the State Duals and then again in the finals. 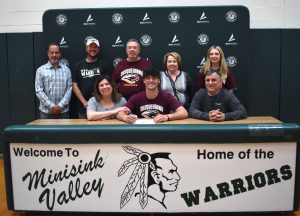 Nick has been a three-year varsity player. He is a Large School First Team All-Section Midfielder for 2022. 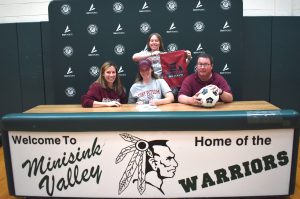 Rylee is a three-time Section IX champion,  and has the most saves three years in a row. She is the recipient of  the Coaches Award in 2018; Heart of a Warrior Award in 2019;  and Best Defensive Player in 2021, Rylee was a member of Second All-County Team in her sophomore year. 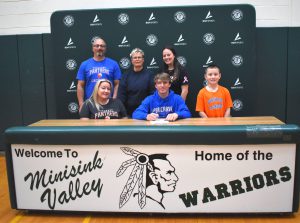 Brendon is a two-year varsity player. He is a Large School First Team All-Section Defenseman for 2022. His work fielding ground balls and “take aways” was a tremendous asset to the team each season. 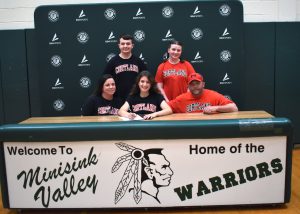 Kailey is a five-year varsity runner; two-year team captain and a mainstay in the Top 7.  She has a great attitude and was very encouraging to young runners. 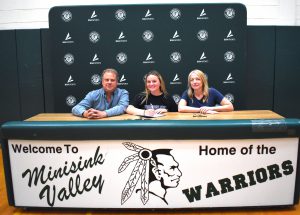 Molly is a four-year varsity attack player, the team’s leading scorer as well as a two-year team captain. She has tallied over 100 goals, helped on the draw circle and defensive rides. She is aggressive on the crease, versatile and humble leader.