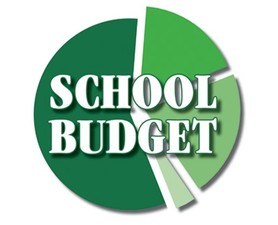 In addition to Minisink Valley’s ongoing work to ensure academic resources are in place and its intense preparation to be ready for new instruction via distance learning to begin on April 15, administrators continue to equally work on the development of the district’s 2020-21 school budget.

Here’s some general updates for your awareness:

New York state lawmakers adopted a state budget on April 2 that keeps Foundation Aid flat for the 2020-21 school year and maintains overall education funding at nearly the same level. Passage of the budget came against the backdrop of the COVID-19 pandemic and its significant impact on state finances.

According to the governor’s office, overall education funding for next year is $27.9 billion, about the same as the current year. A $95 million increase in formula-based state aid is attributed to growth in expense-based aids. These are reimbursements for spending in designated categories such as transportation, special education and BOCES services.

However, in light of COVID-19, two new provisions in the budget contribute to significant uncertainty for school districts: the introduction of periodic reviews of state revenue that could result in mid-year school aid cuts and a new “Pandemic Adjustment” state aid reduction that is, at least for now, fully offset by new federal funding.

Main points of this year’s budget include:

Foundation Aid is flat for 2020-21
Foundation Aid is the primary source of general purpose operating aid for schools. In his executive budget released in January, Gov. Cuomo proposed a $500 million increase for 2020-21. This was not included in the final agreement, which was negotiated during the COVID-19 pandemic. The state is currently $3.8 billion behind full funding of Foundation Aid.

Expense-based aid and building aid structures remain
A proposal from Gov. Cuomo earlier this year to consolidate expense-based aids within Foundation Aid – effectively doing away with them – was not incorporated in the final state budget for 2020-21. This means the current expense-based structure remains intact and fully funded. A proposal to limit building aid, which helps fund facilities improvements, was also not included in the enacted budget.

Potential for mid-year aid cuts based on state revenue
The enacted state budget provides for three time periods during the state’s fiscal year when the State Division of Budget will evaluate revenues against projections and potentially withhold or adjust aid to localities, including school districts. This possibility for mid-year aid cuts means that schools may receive even less state funding than it appears at this time. The first of these review periods is April 1-30.

Additional investments
The budget continues investments in state initiatives such as prekindergarten, afterschool programs, community schools and early college high schools, although in many cases not at the levels that Gov. Cuomo had initially proposed in January, prior to the pandemic. The budget includes an additional $10 million for grants to school districts to strengthen mental health services for students.

Budget vote and board elections delayed
Adding to the uncertain landscape for schools is Gov. Cuomo’s recent executive order delaying school budget votes and board member elections until at least June 1 based on ongoing public health concerns. Additional guidance related to budget timelines and required actions such as the budget notice and budget hearing is not yet available.