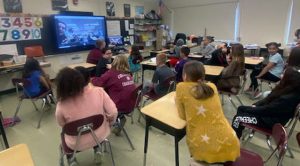 Diversity education comes in many forms, including having students learn about the unique social-cultural differences of their peers in a different part of the nation.

Eileen Connors’ Intermediate School fourth-graders recently had that social studies/diversity experience when they virtually met with students at Newhalen School in Iliamna, Alaska.

The connection was made possible through student teacher Andrew Fenner, a Minisink Valley graduate, now working with Mrs. Connors and her students. Mr. Fenner, who attended SUNY Brockport, had his first student teaching placement at Newhalen with Elisabeth Ludwig’s third and fourth-graders. 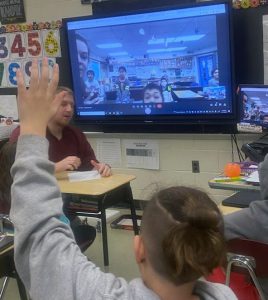 “He thought having the two groups of students meeting each other would be a positive experience,” said Mrs. Connors. “They are so alike, but their lives are so different.”

“Diversity in schools is something that continues to grow nationwide and is a topic that I strongly feel should be present in the everyday classroom,” said Mr. Fenner.

With the meeting arranged, students in the Alaska and New York classrooms would have the chance to learn about each other, including what they have in common and what makes them unique.

“I had the opportunity to connect two classrooms together that are separated by thousands of miles,” he said. “These two schools and their students are 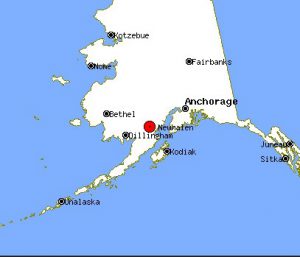 different and similar in many ways, yet both classes embraced each other and the experience by bonding over their similarities and differences.”

The Minisink Valley fourth-graders brainstormed questions they wanted to ask the third/fourth-grade students from Alaska. They asked about weather, geography and ecosystems, quickly realizing that their Alaskan peers live differently than they do.

Students found out class sizes are smaller and siblings may be in the same class even though they’re in different grades. They learned about the fun things their Alaskan peers do for recreation and entertainment and that there’s different wild animals and pets in Alaska than there are in  New York. 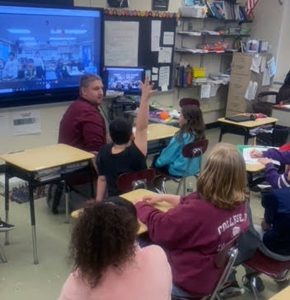 “Many students were also fascinated by the time difference between both schools,” said Mr. Fenner. “The video chat occurred at 1:15 p.m. Eastern Standard Time, but school had just begun for the Newhalen students with it only being 9:15 a.m. Alaska Time. This sparked an interest between both classrooms and all the students shared many laughs and further questions because they could not believe it.”

Both student groups used open minds to compare and contrast the experiences and lifestyles in two different classrooms that are over 4,000 miles apart. Students learned how to embrace differences between people and developed an understanding of how teachers and students operate in different ways, while working toward the same goal.

“When all was said and done, the Minisink Valley students were so excited that

they asked to have another meeting that would allow the Alaskan students to ask them questions,” added Mr. Fenner. “It was an unbelievable learning experience and truly helped students understand what diversity looks like.”

Mrs. Connors added: “It was amazing how well the two groups interacted and enjoyed learning about each other!