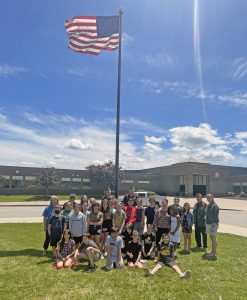 Ms. Beairsto and Deb Orrio’s classes have been collecting worn and tattered flags that students and faculty members brought in from home that could no longer be flown.  Becky Olah, a former middle school aide and Ladies Auxiliary member, gave a brief overview 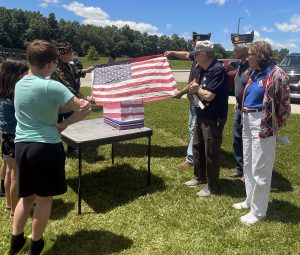 on how Flag Day began and explained important information about past and present U.S. flags.

The veterans showed students a U.S. flag with 48 stars on it, and they learned that flag was from before the time that Hawaii and Alaska were admitted to the union as states. Students were reminded that each star on the flag represents a state. 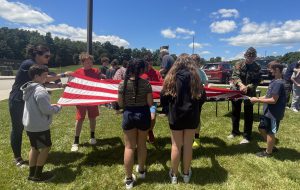 Post 1607 veterans inspected all of the flags that were brought in to be respectfully disposed of and explained the process to the students. Veterans also taught students also learned how to properly fold an American flag.