Charles and his peers were members of four teams of STEM Academy students from Robert McMann’s Cisco/CCNAComputer Networking Class at the Orange-Ulster BOCES Career and Technical Education Center who recently competed in the first two rounds of this competition. 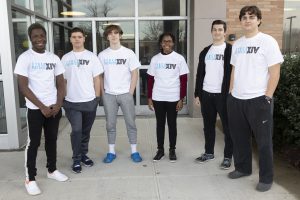 The Platinum Tier includes the top 30 percent of competitors. 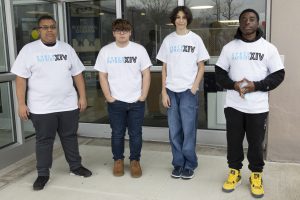 Three other BOCES teams placed in the Silver Tier, including a team comprised of Juniors Andrew Doty,  Riddick Jones, Esiah Martinez and Jonathan Rhodes along with Douglas McDonald of Pine Bush High School.

The competition is a cyber-education program conceived by the Air Force Association to inspire high school and middle school students toward careers in cybersecurity or other science, technology, engineering, and mathematics,  disciplines critical to the nation’s future and security.

At the competition, teams are challenged to find and fix cybersecurity vulnerabilities and respond to threats across multiple virtual operating systems. All teams may participate in the first three online rounds of competition. The fourth online round is the semifinals, in which approximately 25 percent of teams participate.

The degree of difficulty increases with each round as the competition progresses, with the top 28 teams eventually winning an all-expenses-paid trip to compete in the National Finals in Rockville, Md., in March 2022. Participants in that round compete for national honors and scholarships and get the opportunity to meet and network with industry sponsors.

This year’s competition includes 5,254 registered teams representing nearly 21,000 students, from all 50 U.S. states, plus Puerto Rico, the U.S. Virgin Islands, Canada, and U.S. Department of Defense schools in Europe and the Pacific.