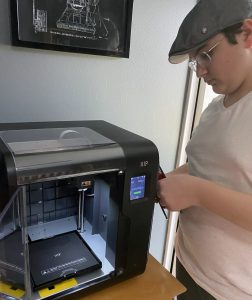 A Minisink Valley High School sophomore, with help from his friends and family, has been making mask extender straps using 3D printers and donating those extenders to front line health care workers during this COVID-19 outbreak.

Koleton Briecke, with assistance from senior Matthew Biddle and sophomore Conor Rothbaum, brothers Gavin and Payton Briecke, friends Adian Murray —who lives in Virginia,  and Cooper Johnson — who lives in Arizona, have made over 200 mask extender straps, with requests for more than 200 additional ones. 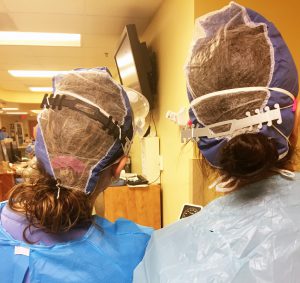 “During this pandemic, many people with 3D printers have been creating things to help medical personnel and donating them to hospitals,” Koleton wrote on his fundraising page. “Recently, many nurses and doctors have said that the skin on their ears are being rubbed away from their masks. A Canadian Boy Scout shared an ‘extender’ for masks that keep the straps off of the ears of nurses and doctors to help them be a little bit more comfortable as they fight this virus.” 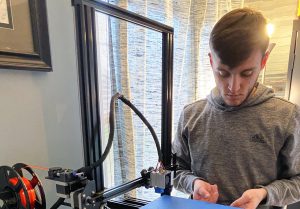 Many healthcare workers have been challenged with dealing with elastic pressure and the loss of skin on their ears  as a result. of the masks they must wear.  These extenders allow them to wear the straps on top of their head or neck.  The feedback has been incredible, bringing great relief. 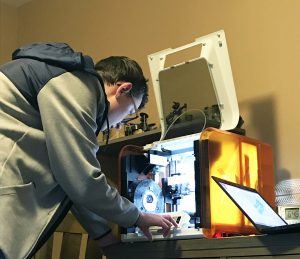 in Manhattan, Bon Secours Hospital in Port Jervis, dental offices, physical therapy centers, rehabilitation and nursing facilities. Mask extender straps have also been delivered to many community members requesting for family members on the front line both locally and nationwide.

Responding to local and nationwide requests

Koleton used social media to alert the community about his project to help others. His family realized his home 3D printer wasn’t big enough to meet the requests that were coming in. 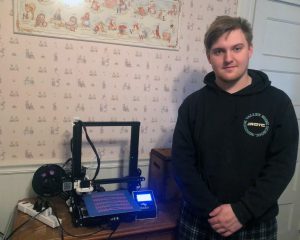 It takes 23 minutes to make only one mask extender strap, and the small printer was operating 16 hours a day.  A decision was made to purchase a bigger printer which makes about 10 at a time.

That allowed more extenders to be made in a shorter time, thus allowing more front line workers to benefit from having “mask relief.”

Fundraising efforts allow friends help the cause, so more people can get relief 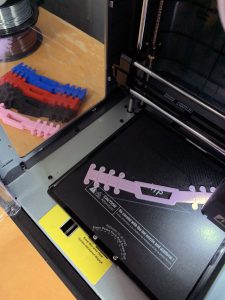 Koleton’s fundraising efforts have provided funds so that Matthew, Conor and his out-of-state friends  can use the filament purchased with those fundraising dollars to print the face mask extenders on their 3D printers to help the cause. The funds also helped offset a very small portion of Koleton’s newly acquired printer and  are used for shipping costs to send the extenders to those who requested them.

To find out how to support his efforts, email to: Jessica Briecke at: my3sonsgpk@live.com