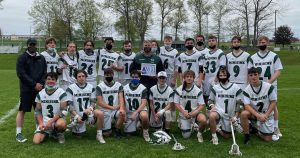 Congratulations to Lacrosse Coach Chad Lakeman Sr., who achieved his 200th career coaching win on May 3, when the Warriors defeated Pine Bush!

Coach Lakeman has been at the helm of the Minisink Valley Boys Lacrosse program since its inception in 2001 and built a successful program from the ground up.