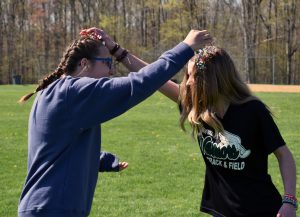 Cultural education lessons take place in Minisink Valley classrooms throughout the school year, with faculty engaging students in creative ways to i 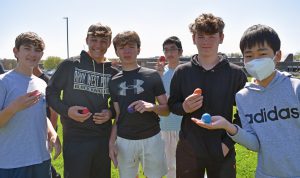 ncrease their understanding of cultural diversity and different customs.

In this instance, and in recognition of Cinco de Mayo, Jackie Mazariegos’ middle school Spanish I classes cracked “cascarones” on each other’s heads to celebrate this custom of Spanish speaking countries.

“Learning the Spanish language doesn’t just mean learning vocabulary and grammar,” she said. “We live in a truly global society.  It’s critically important to learn about the cultures and customs of Spanish speaking countries in order 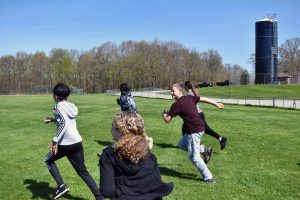 to fully embrace the language.”

Cascarones are hollowed-out chicken eggs filled with confetti or small toys. They’re common throughout Mexico and are similar to the Easter eggs popular in many other countries. Cascarones are mostly used in Mexico during Carnival, but in American and Mexican border towns, the cultures combined to make them a popular Easter tradition.

In addition to Easter, cascarones have become popular for occasions including birthdays, New Year’s, Halloween, Cinco de Mayo, Dieciséis, Day of the Dead, 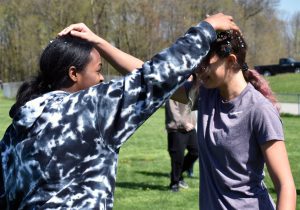 weddings and for any festive  celebration.

The idea is a simple one: Decorated, confetti-filled cascarones are thrown or crushed over the recipient’s head to shower them with confetti.

Many say that good fortune falls upon the person who has a cascarón cracked over his/her head – and smashing one on someone’s head is actually a sign of affection.

While this custom originated in Spain, it’s a very popular tradition in Mexico. Ccascarones are increasingly popular in the southwestern United States. 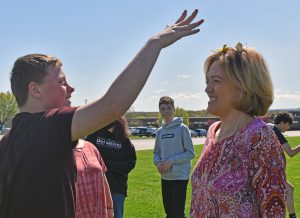 According to historians, cascarones originated in China. It’s rumored that Marco Polo first brought them to Italy, and on to Spain, and they eventually made their way to the Americas. In the beginning, the eggs were quite elegant and valuable; instead of confetti, they were filled with perfumed powders, making them popular with high-society women. They became quite popular in Mexico in the 1860s. 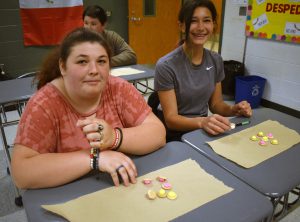