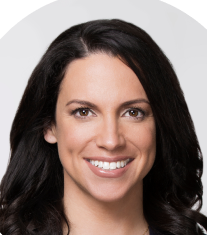 A Minisink Valley graduate is part of the team of science professionals working on getting FDA emergency use authorization (EUA) for the Johnson & Johnson COVID-19 vaccine.

Dr. Rachael Carlisle Roehrig, a member of the Minisink Valley Class of 1997, works for the consulting firm 3dcommunications, working as its senior executive scientific strategist/consultant.  She leads the team of consultants tasked with prepping J&J, its client, for FDA Advisory Committee and CDC meetings.

“This is where their experts vote on whether or not the vaccine should be approved for emergency use authorization,” she said. “We help analyze data, gaps and prep. We’re an integral part of getting to the finish line but there are tons of people at J&J who are the heroes.”

Dr. Roehrig has an important role, though she stressed she works alongside the “high profile” scientists and researchers leading the vaccine development effort.

“My job is awesome and I love it,” she said. 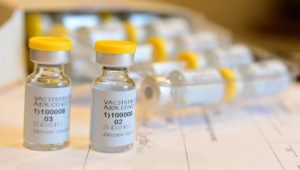 J&J announced in the beginning of February that its vaccine candidate had proved effective in early data from Phase 3 trials, and submitted an EUA on Feb. 4.

If an EUA is granted, as is hoped, the U.S. will have a third COVID-19 vaccine approved and ready for vaccine distribution within the month.

One advantage the J&J vaccine has over the mRNA-based Pfizer and Moderna options is that it’s a single shot.  Additionally, it can be stored at regular refrigeration temperatures, unlike the Pfizer and Moderna vaccines. Officials hope this will lead the way for expanded mass vaccination centers nationwide.

But, Dr. Roehrig stressed, people need to be vaccinated in order to achieve herd immunity and return to a pre-COVID-19 life.

“I’ve also worked with Pfizer and Moderna,” she said. “These companies are not in competition with each other. They are in competition against the virus. That’s huge. We need all three, and the others that will follow, to achieve what we know as normalcy. A most important concept to understand is big Pharma isn’t just about making money. These are people passionate about helping Americans. They have a love for science and for curing and preventing disease.”

How does the J&J vaccine work?

The J&J vaccine is an adenovirus-vectored vaccine, a technique first attempted in the development of an HIV vaccine in the mid-2000s, but which proved ineffective.

But over the summer, the European Union authorized J&J’s Ebola vaccine, based on the same technology.

The technology uses an adenovirus, from the family of viruses that cause pink eye, to deliver a SARS-CoV-2 protein to the immune system. Researchers used a form of adenovirus that can’t replicate and cause disease, and added the genetic material that encodes for the SARS-CoV-2 spike protein into its genome.

Once injected, the adenovirus goes inside cells and releases that SARS sequence.  The body’s cellular machinery converts it into the spike proteins of SARS-CoV-2, minus the disease-causing virus. The virus isn’t equipped with proteins to rewrite cellular DNA, so the body’s genome is unchanged. From there, the immune system learns to recognize the spike protein, letting it mount a faster, stronger defense next time it spots the whole virus.

Minisink Valley’s influence on her career

Dr. Roehrig, who lives with her family in Washington, D.C.,  earned her doctorate degree from Johns Hopkins University in Baltimore, where her field of study was inorganic photophysical chemistry applied to molecular cardiobiology. She received her bachelor’s degree in chemistry from James Madison University in Harrisonburg, Va.

“Thinking back now, there’s several Minisink teachers who stand out in my mind who all contributed to who I am now…Mr. DeMarco, Mr. Michelitch and my chemistry teachers,” said Dr. Roehrig.  “They instilled in me a love for math and science.”

But faculty influence extended beyond math and science.

“Mr. Barnett, my history teacher, had a huge impact,” she added. “We would have these great theoretical discussions. The passion he had for his class really helped me see that passion and hard work are essential in delivering anything.”

Dr. Roehrig equally reaffirmed the importance of science and research.

“Now it’s more important than ever, we’re trying to convince America that facts are important,” she added. “It’s unfortunate what happened over the past year  — people not believing facts or having ‘fact silence.’ Science should never be more than facts. What we have to remember, everybody in the public is seeing the scientific method —  everything we learned from middle school — as it’s unfolding.   As a scientist, you don’t get everything right the first time, you either prove it right or wrong. That’s science and that’s what’s important about science.”