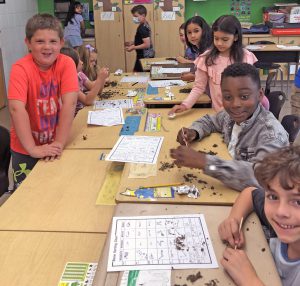 During their science studies, students learned the parts of an owl, what owls eat, where they live, the different species and much more.

They learned that because owls swallow their prey whole,  the compressed  “pellets” are actually the regurgitated bones and parts that owls can’t digest. 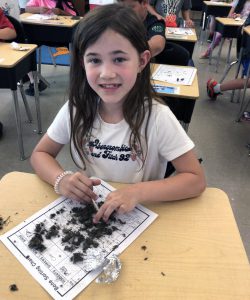 Their lab work was similar to the  lab work done in high school and middle school  science classes. Students separated the matter they found in the pellet  using tools but carefully avoiding crushing any small bones.  Charts were used to identify the material they found.

Inside the pellets, students found the bones of the different animals the owls eat, helping them to learn more about an owl’s diet.

Regurgitating pellets, which pass through the bird’s gullet on the way back up, scour and cleanse the digestive tract, remove pathogens and  keep the bird healthy.