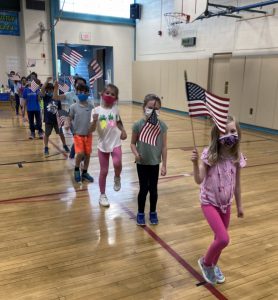 Did you know: Since 1916, the nation has set aside June 14 as National Flag Day in honor of the adoption of the Stars and Stripes as the official American flag. There are 50 stars representing the 50 states; and 13 stripes representing the original 13 colonies to become the first states on the flag. History states that red, white and blue were chosen as the colors to represent valor (red), liberty and purity (white), and justice and loyalty (blue). And: There have been 27 official versions of the American flag, each with a different number of stars.