The 2020 Tokyo Olympics Opening Ceremony took place today, July 23, a year later than expected due to the COVID-19 pandemic, with thousands of athletes ready to show why the work and dedication they put into their sport gives them the privilege of being Olympians.

Among them is Class of 2010 alumnus Stefanie Dolson, who is a  member of the USA’s 3×3 women’s basketball team. 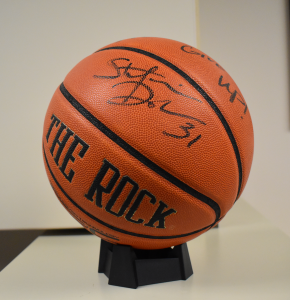 In June 2017,  the International Olympic Committee’s Executive Board announced that 3×3 basketball would be added to the Olympics for the 2020 Tokyo Olympics for men and women.

The 3×3 game is played on a half court with a 12-second shot clock. The winner is the first team to score 21 points or to be leading at the end of a 10-minute period. Baskets inside the arc are worth one point and shots outside it are worth two.

“The 3×3 team is cooler, it’s a new sport in the Olympics,” Ms. Dolson said in a June 23 Associated Press (AP) report.  “To get that honor is better. We have 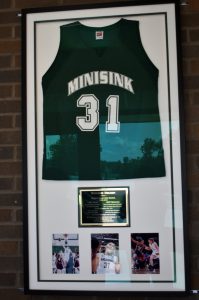 the smaller team of four people, we can highlight what we’re good at.”

In that report, Ms. Dolson added while she was part of the 5-on-5 team for many years, she believed making this squad would be challenging.

Other participating 3×3 teams are from China, Mongolia, Romania, Russia, France, Japan and Italy.  To qualify, the U.S. team won an Austrian tournament.

“Very happy it’s the same team that was able to go to the qualification tournament in Austria,” Ms. Dolson said in the AP report.  “The four of us have worked hard to get where we are in 3×3. We’ve put a lot of time and work into it. For them to reward us to put us on the team means a lot to us. It shows the hard work paid off.”

A star at Minisink Valley 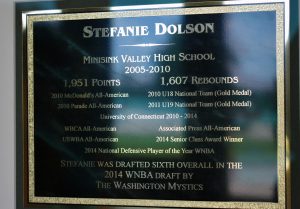 Ms. Dolson finished her Minisink Valley basketball career with 1,951 points and 1,607 rebounds.  She was a McDonald’s High School All-American and participated in that All-Star game where she had 12 points and eight rebounds.

Her basketball career continued at UConn, where she led the famed team to a 144–11 record over her four-year career, including four Final Four appearances and back-to-back National Championships.

Ms. Dolson finished her career 12th on UConn’s all-time scoring list with 1,797 career points; fourth with 1,101 career rebounds; and fourth in both blocks (254) and field goal percentage (58.8 percent). She was a member of the All-Conference Tournament Team in all four years at UConn in addition to the 2014 All-NCAA Tournament Team.

“It’s an opportunity that I’ve dreamed about to go to the Olympics my whole life,” Ms. Dolson added in the UConn Today report.  “Playing with Kara was awesome. But now being able to be coached by her, she’s so intelligent when it comes to 3×3 and the strategy that’s behind it. Working with 3×3 is even more special because it’s the first time it has been in the Olympics, so I’m excited.”