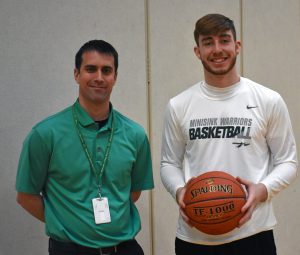 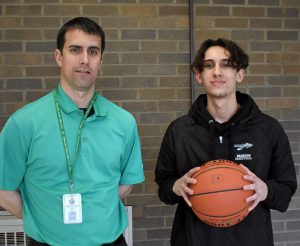 Congratulations to varsity basketball players Kai Colon and Glenn Finke, who were recently honored for their on-the-court accomplishments following the recent conclusion of the season.

“Kai led our team this season in points, rebounds, and assists,” said Head Coach Matt Caputo. “He was the engine of our team and the focus of every opponent’s scouting report.  Kai is a tremendous athlete, but an even better young adult.  He is an excellent leader and helped set a positive example every single day for our team.

BCANY promotes the sport of basketball statewide at all levels while seeking to improve the quality of coaching and statewide interaction among basketball coaches.

Glenn, a junior, was also selected as an OCIAA Class A All-Star by other league coaches.

“Glenn emerged as a contributor to our team and our primary long range shooting threat,” said Coach Caputo. “He led our team in made three-point field goals this season. Glenn’s ability to shoot from distance helped open up the defense for his teammates to score at the rim.  Glenn worked hard all year and improved on the defensive end becoming a more complete player.”