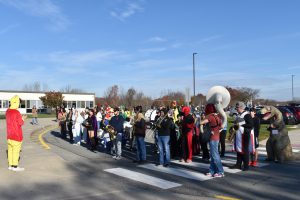 Minisink Valley Elementary and Otisville Elementary held their annual Halloween parades today, Oct. 31, where K-2 students delighted the hundreds of parents and family members on each campus with creative, cute and trendy costumes. 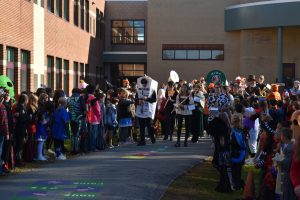 The Minisink Valley Warrior March Band split itself into two distinct marching band units so costumed band members could lead each parade, leading the parade with spooky and fun musical arrangements recognizable to all. 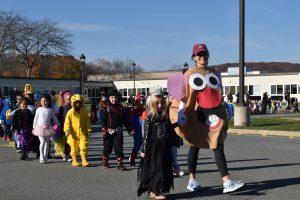 Hundreds of  people viewed the parade on each campus, snapping photos of the district’s youngest K-2 students, who were led by their costumed teachers. At Otisville,  Grades 3-5 costumed students viewed the parade as it stepped off from one of the school’s playground areas. 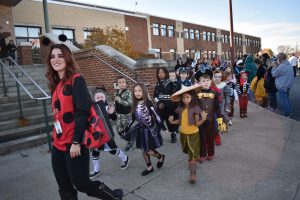 “This is a great community event made possible be the efforts of so many people in both schools and in the community,” said Superintendent Brian Monahan. “We were thrilled to welcome  parents and family members to each campus so they can see their child and his or her classmates interact with each other in a wonderful seasonal school event everyone enjoys.”