Congratulations to five Minisink Valley seniors on the signing of their Division I/II NCAA National Letters of Intent! 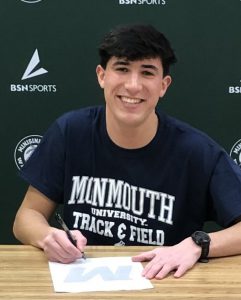 Chalen has achieved a lot over his four years running Varsity for Minisink. In addition to being a four time Section Champion and holding multiple school records, he has also qualified for the State Championships in both his Sophomore and Junior years and would have presumably attempted to continue his streak if given the opportunity this year. Chalen has also qualified for the New Balance Nationals meet both his sophomore and junior years in individual events and relays. Chalen’s many athletic accomplishments has helped set a standard of achievement for the team as a whole as well. 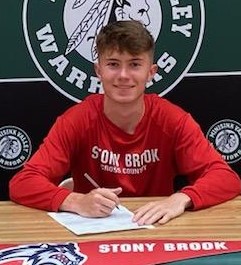 Steven is one of the top Cross Country players in Section IX and one of the top milers in all of New York State. Steve is a very hard worker who loves to compete, leads in a humble manner and is very well liked by his teammates.

Adam is considered by most as the best heavyweight in Minisink Valley wrestling history. Adam has placed in New York State three times, fifth as a sophomore, third as a junior, and second as a senior. Adam was also captain of the State Championship Team of 2020 and the COVID-19 shortened season of 2021 where the team was ranked first in New York and 21st nationwide. Adam has also been ranked in the Top 25 in the country! 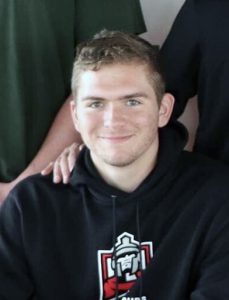 Scott was a three year starter and  three year,  Section IX place winner. Scott also played a vital role in the team’s back-to-back to back Section IX titles as well as the Dual Meet State Title in 2020. Scott came up with some huge pins in the State Dual Meet Tournament with his vice grip cradle. Scott also was a two year starter for the football team. As a football player, Scott started both ways on the team as a junior and a senior and earned All-Conference honors. 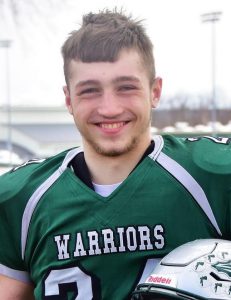 Jake is a two year, two way player and almost never came off the field. Jake was one of the team’s top receivers over the past two seasons as well as starting at safety for two years on defense. Jake also returned kickoffs and punts, was always a threat to return one for a touchdown and has speed and great hands.