Teams of up to seven students compete in five different problems which encompass vehicle, technical, classics, structure and theatrical themes. Each team receives its problem in early October and then proceeds to build, tape, glue, paint and “test run” props and mechanisms to prepare the best solution to the challenge.

The tasks include a skit or performance that is an original creation.  Outside construction assistance from parents or adults is prohibited, and a spending limit is imposed on teams. In addition to the assigned problem, Odyssey of the Mind competitors also have the opportunity to “flex” their intellectual skills by solving a spontaneous problem which involves quick and logical thinking. 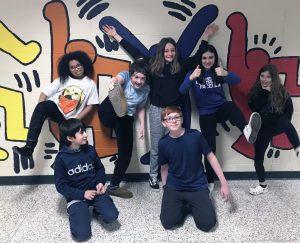 Both teams will perform a response to Problem 3: “The Effective Detective.”

In this problem, students are introduced to one of the greatest detectives the world has known as they follow clues to uncover the truth behind some of history’s real-world mysteries. The detective will investigate different types of information, including a clue that is a “red herring” i.e. a distraction, and do intellectual battle with a supervillain who wants the detective to fail. Sounds will ring out and settings will creatively change to set the scene and highlight the action. The team will also be challenged to use the smallest space possible to store its solution. 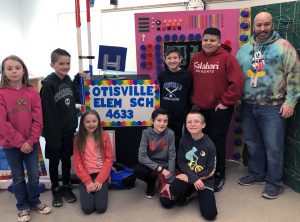 In this problem: Computers, satellites, and servers work continuously to allow people from all over the world to network with each other. These networks give access to information including communications, messages, and videos. In this problem, the networked devices are characters who work to keep the world connected. During the performance, an image, a text message, an email and other information will be transmitted between locations in a team-made system. Pop-up advertisements appear and a malware character will infect the network and take it offline. An anti-virus hero comes to the rescue and team-made instruments will be used to present an original song that explains their jobs.

Odyssey of the Mind is an international educational program that provides creative problem-solving opportunities for students from kindergarten through college. Team members apply their creativity to solve problems that range from building mechanical devices to presenting their own interpretation of literary classics. They then bring their solutions to competition on the local, state, and World level. Thousands of teams from throughout the U.S. and from about 25 other countries participate in the program.