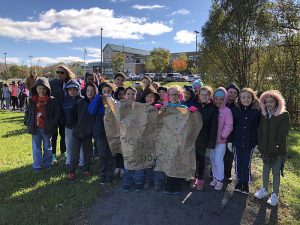 Otisville Elementary School’s annual diabetes awareness campaign concluded with a school-wide walk to raise funds for its own students living with diabetes.

During the K-5 assemblies held to further educate students about this disease, students learned about the importance of a healthy diet and physical activity in preventing diabetes in addition to some basic biology about the role of the pancreas. 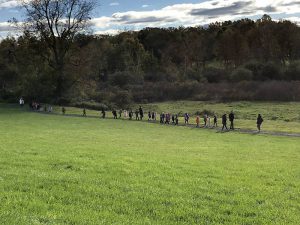 Type 1 diabetes (T1D) is an autoimmune disease that occurs when a person’s pancreas stops producing insulin, the hormone that controls blood-sugar levels. T1D develops when the insulin-producing pancreatic beta cells are mistakenly destroyed by the body’s immune system.

The cause of this attack is still being researched, however scientists believe the cause may have genetic and environmental components.