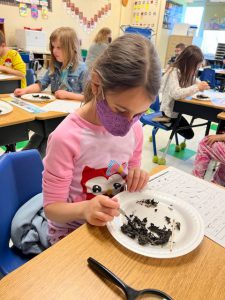 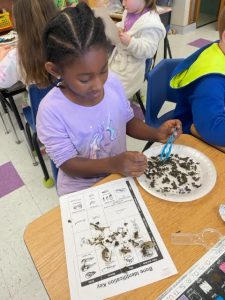 Minisink Valley Elementary second-graders had a “hoot” of a time recently learning about owl pellets in a creative lesson made possible through funding provided by the Elementary School PTO. 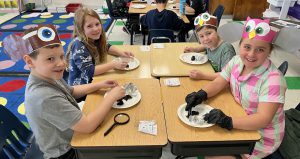 Over the last few weeks, all second-grade classes have been studying owls as part of their science lessons. They learned the parts of an owl, what owls eat, where they live, the different species and much more. 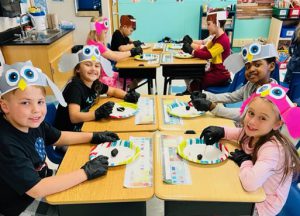 whole, later regurgitating the bones and parts they cannot digest as a compressed pellet.

As part of recent Earth Day activities, students dissected owl pellets in a lab opportunity similar to the  lab work done in the science classes in the middle and high schools.  They were shown how to separate the matter they found in the pellet  using tools but carefully avoiding crushing any small bones.  Charts were used to identify the material they found. 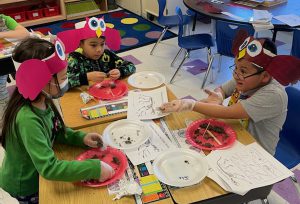 Inside the pellets, students found the bones of the different animals the owls eat, like mole skulls, mouse legs and other kinds of bones.  That helped them to learn about the diet of owls.

Regurgitating pellets, which pass through the bird’s gullet on the way back up, scour and cleanse the digestive tract, removing pathogens and 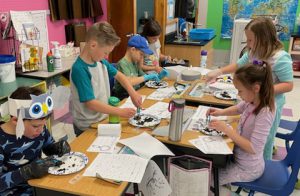 Pellets are a record of what owls have eaten, and scientists can study them to learn more about the owl and the ecosystems in which they live.