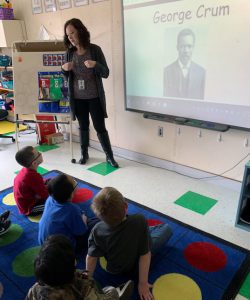 Each teacher chose a person who was a pioneer in their field. They introduced their students to that selected person and discussed  what he/she was famous for and how he/she impacted  history.

Some of the people addressed in this project were: NASA mathematician Katherine Johnson;  Louis Armstrong, one of the world’s most influential jazz musicians; and Mae Jenison, an engineer, 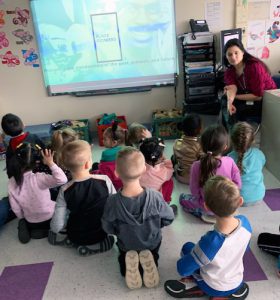 physician, and former NASA astronaut who was the first black woman to travel into space aboard the Space Shuttle Endeavour.

Also spotlighted were inventor, businessman and community leader Garrett Morgan, who created the first traffic light;  President Barack Obama;  and Jackie Robinson, the first black man accepted into Major League Baseball when he played first base for the Brooklyn Dodgers in 1947, among others.

Their special programming work will continue throughout the rest of the school year.