Congratulations to these Minisink Valley seniors on the signing of their Division I/Division III NCAA National Letters of Intent: 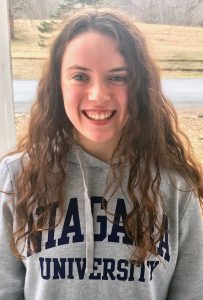 Julia Dewhurst, swimming, Niagara University
Julia has been a four-year starter with Minisink Valley. Each year she qualified for the Section IX championship in multiple events. During her time on the team, she was awarded “Rookie of the Year” as a freshman and received the coach’s award her Senior Year. Her swim coach is Megan Donnelly. 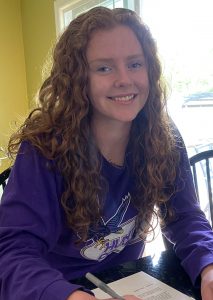 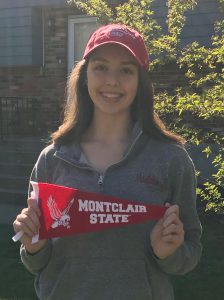 Ella Carver, volleyball, Montclair State University
Ella has been a standout Section IX volleyball player since her sophomore year. She was selected for the Section IX All-star team in both her junior and senior years and she has led the Minisink volleyball team both on and off the court.  Ella is graduating 31st in the Class of 2020 with a GPA of 96.34.  Her coach is Ellen Lain. 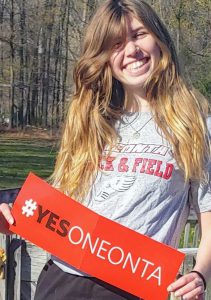 Melissa Faughnan, track, SUNY Oneonta
Melissa’s hard work paid off during her track career. Last year, she gained a new personal record at the state qualifier, running a 27.79 in the 200m. At this year’s divisional championship, she ran a 44.85 in the 300m at West Point. Her track coach is Todd Derkacz. 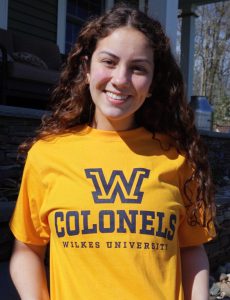 Nicole Fitzpatrick, volleyball, Wilkes University
Nicole has been an impact player on the varsity team since her sophomore year. Each year, she improved her abilities as a middle attacker and a middle blocker. Nicole led the team in blocking in both her junior and senior year.  Her volleyball coach is Ellen Lain. 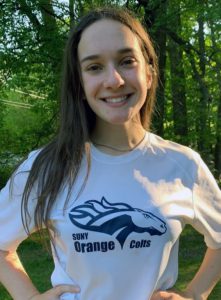 Nicola Flynn, softball, SUNY Orange
Nikki has been a valuable member of the Minisink Valley team, filling a variety of roles over her career. She was the team’s bullpen catcher as well as serving as a pinch hitter, pinch runner, and outfielder. Nikki has been on the Honor Roll for all four years, has maintained grades in the high 80s and 90s. Her softball coach is Bruce Guyette. 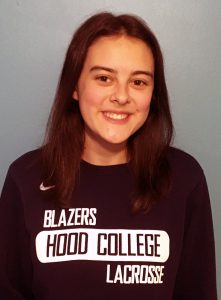 Madison Gerow, girls’ lacrosse, Hood College
Madison has been leading the defense in the goal for the last three seasons. She has accumulated in excess of 100 saves and helped lead the team to a record of 25-5 with a “goals against” average in the single digits.  Madison is 14th in her class with a 97.92 GPA and is a member of the National Honor Society. Her lacrosse coach is Chris Burger. 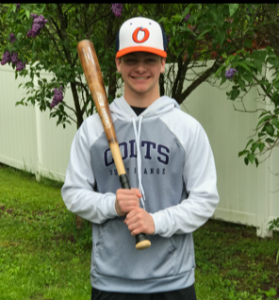 Logan Heilfurth, baseball, SUNY Orange
Logan has been a tremendous asset to Minisink Valley’s baseball program for the past six years, patrolling the outfield. He plays the game with class and will be missed.  His coach is Dave Benedetto. 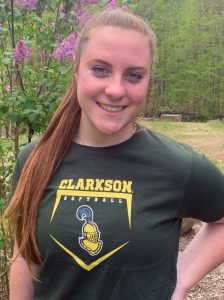 Rebecca Kennedy-Titsworth, softball, Clarkson University
Becky, the starting first baseman since her sophomore year is a well-rounded player, with a great glove and the ability to hit for both average and power. Becky has been on the honor roll every year of high school and is on track to receive an Advanced Regents Diploma. Her softball coach is Bruce Guyette. 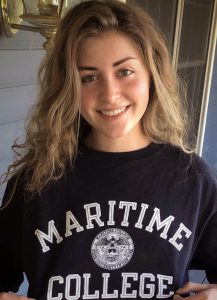 Adelle Leger, swimming, SUNY Maritime College
Adelle has participated on the varsity swim team since eighth-grade. During that time she has competed as a swimmer and a diver. She has qualified for sections in her individual events, and her leadership skills led her to be nominated as captain her senior year and also awarded “Most Valuable Swimmer.”  Her swimming coach is Megan Donnelly. 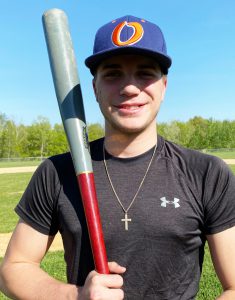 Thomas Mazany, baseball, SUNY Orange
Tom is a fierce competitor who works very hard to succeed. Tom is a two-year starting second baseman and is a key player on both offense and defense. As a player and a person, he will be sorely missed by Minisink Valley’s baseball program. His coach is Dave Benedetto. 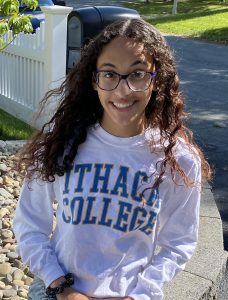 Mia Vizcaino, cross country, indoor track, outdoor track, Ithaca College
Mia competed in the S9 State Qualifier meet in the 4×800 relay three years in a row and ran a 5:28 personal record in the 1500m.  She placed 10th at Outdoor Sectional Championships with that time.   Her track coach is James Beck. 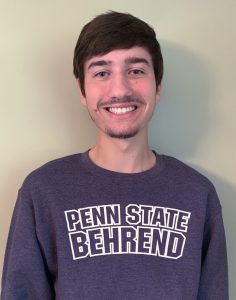 John Ziobro, boys’ soccer, Penn State Behrend
John is a three year varsity member, a two year starter and the 2019 team captain. He has a 93GPA, is a four year member of the Honor Roll and a member of the National Society of High School Scholars.  His soccer coach is Kevin Burns.