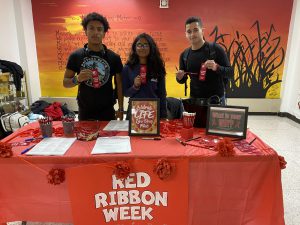 Minisink Valley High School participated in the recent, nationally recognized Red Ribbon Week, which weeks to unite communities across the country in the shared goal of preventing drug use and addiction. 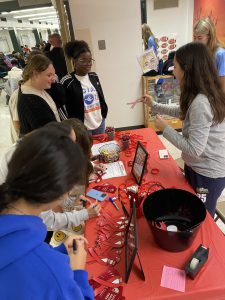 Red Ribbon Week is the nation’s largest and longest-running drug-use prevention campaign. Since its beginning in 1985, Red Ribbon Week has touched the lives of millions of people around the world. In response to the murder of DEA Agent Enrique Camarena, angered parents and youth in communities across the country began wearing red ribbons as a symbol of their commitment to raise awareness of the killing and destruction caused by drugs in America.

This is the first time in several years that the high school has been able to participate. This year’s program ran Oct. 23 to 31. 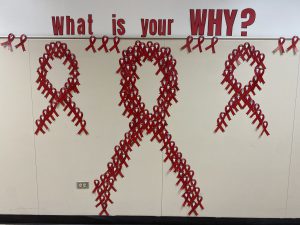 With help from many of the school’s Safe School Ambassadors, announcements were read each morning outlining the history and explanation behind Red Ribbon Week. Information about alcohol and substance use and misuse among teenagers was also shared.

Students were also encouraged to participate in the school’s “What is your Why?” initiative.

“Each student was asked to reflect on their own lives and identify their own personal reason behind choosing to remain drug and alcohol free,” said Julie Ann Sullivan, student assistance counselor. “For example, maybe they’re an athlete and the potential impact that drugs/alcohol could have on their physical health far outweighs any ‘pros’ of using. Or, maybe they have had a close friend or family member who they’ve witnessed first-hand struggle with 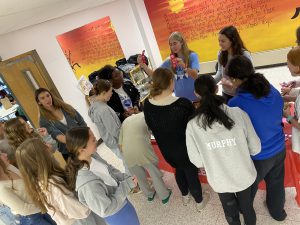 At a table outside the cafeteria, students picked up blank red ribbons where they were asked to write their response for “What is your Why?”  Responses were kept anonymous. 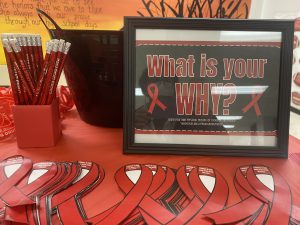